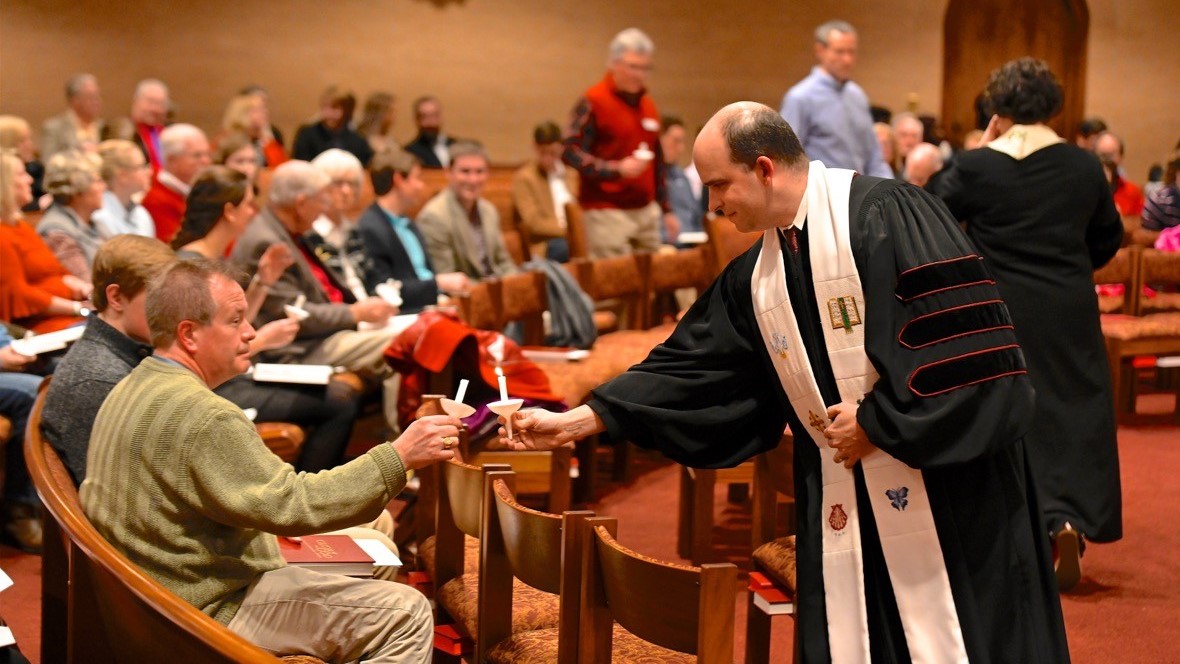 We are proud to welcome Rev. Dr. Charlie Lee to Starmount in February of 2018!

Charlie is a native of Asheboro, NC and grew up attending First Presbyterian Church. He is a graduate of the University of North Carolina in Chapel Hill.  After his time there, he served as the full-time program director for a Christian Camp & Retreat Center in Oxford, NC called Camp Oak Hill.  He then attended Wake Forest University Divinity School.  In 2015, Charlie received his Doctorate of Ministry degree from McCormick Theological Seminary in Chicago, IL.

Before coming to Starmount, Charlie was Associate Pastor at First Presbyterian Church in Wilmington, NC.  He has served in this call for the last 12 years and has been blessed with the opportunity to work in many different areas of ministry within the same congregation.  He began serving in the areas of youth ministry and missions.  A highlight of this season of ministry for Charlie was the opportunity to lead and serve on  mission trips to places like Mexico, Jamaica, Haiti, and China.  The faith formation that took place during these trips, especially among the youth, was something that Charlie found particularly meaningful.

He eventually transitioned to a broader leadership role focusing on growth, new members, worship, and administration, while continuing his mission work.  When First Presbyterian Church entered into its own time of pastoral transition, they called upon Charlie to serve as their Interim Head of Staff, a position he held for two years.  During this transition period under Charlie’s leadership, the congregation made significant progress towards accomplishing their strategic goals.

Charlie is blessed with a rich family life with wife Lindsay, and children Jackson and Eliza.  Charlie and Lindsay are high school sweethearts and lived in Greensboro when they were first married.  Lindsay graduated with a nursing degree from UNCG and has worked mostly in the areas of Hospice and Oncology.  She just completed a master’s  degree to become a Family Nurse Practitioner.

Jackson is in the 7th grade and enjoying Middle School.  He also enjoys playing basketball and soccer. Eliza is in the 4th grade of a Spanish Immersion Elementary School.  She also plays basketball and enjoys singing in the Girl’s Choir of Wilmington. The Lee family is not complete without their two lovable dogs, Lacey & Finch.

Called To Worship, Empowered To Serve.