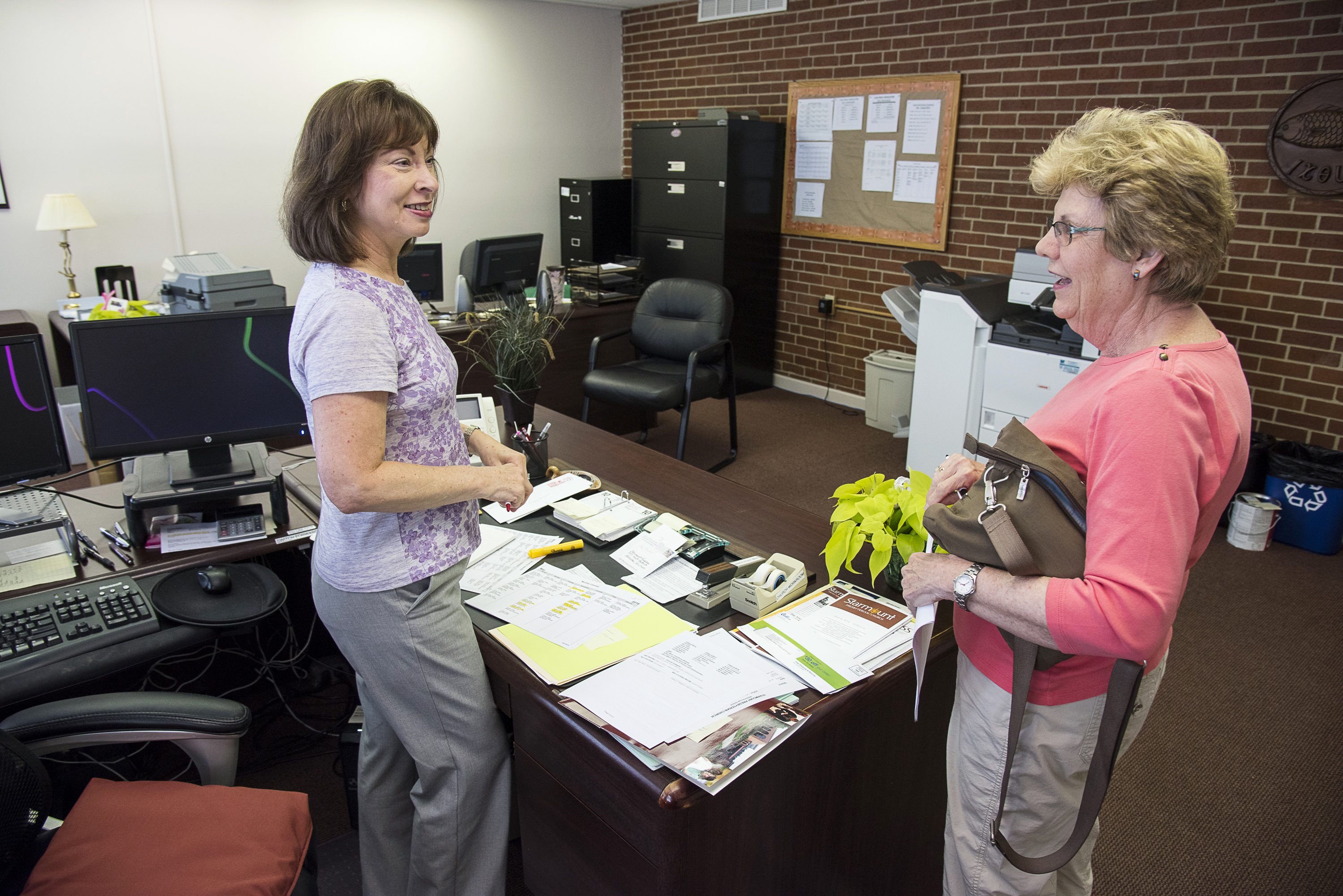 Charlie has served as Pastor at Starmount Presbyterian Church since Feb. 2018.  He is a graduate of the University of North Carolina in Chapel Hill.  After his time there, he served as the full-time program director for a Christian Camp & Retreat Center in Oxford, NC called Camp Oak Hill.  He then attended Wake Forest University Divinity School (M. Div. 2005).  In 2016, Charlie received his Doctorate of Ministry degree from McCormick Theological Seminary in Chicago, IL.

Before coming to Starmount, Charlie was Associate Pastor at First Presbyterian Church in Wilmington, NC.  During his time there he served in the areas of youth ministry, missions, growth, worship, and administration. He also served in the position of Interim Head of Staff.

Charlie is blessed with a wonderful family, including his wife Lindsay, and their two children, Jackson & Eliza. Their family is also not complete without mention of their two dogs, Lacey & Finch. Preschool Director & Director of Children’s Ministry
Cindy has been part of the Starmount Staff for over 9 years. She started as a lead teacher and then took the Preschool Director’s position in 2009. This year, she also became our Director of Children & Youth Ministries. She has been married for 20 years to Scott and they have one daughter, Meghan. She loves spending time with family and friends and, in her spare time, enjoys playing tennis and doing crafts, especially stamping cards. LAURA ROBERSON
Director of Youth and Refugee Ministry
Laura grew up in Greensboro and graduated from Grimsley High School in 2013. She then attended the University of North Carolina at Chapel Hill where she graduated in 2017 with degrees in Geography and Sociology. She volunteered with Young Life for five years and served as the Youth Intern at First Baptist Church in Greensboro before arriving at Starmount. She is currently a seminary student at Union Presbyterian Seminary in Charlotte, NC. She enjoys time with her family and friends, crafting and watching sports, especially the Tar Heels! MARY JANE CONGER
Librarian
Mary Jane grew up in New Jersey and graduated from Mary Baldwin College with a major in history. She went on to attend the University of Virginia earning a MA in modern Chinese and Japanese history. She worked at College of William and Mary Library where she determined she wanted a career in library science. That led her to UNC-Chapel Hill and a MS in Library Science. Her first and only professional position was at UNCG, first as Serials Cataloger, then Serials and Electronic Resources Cataloger and for the last ten years head of the Cataloging Dept.  She retired in 2015.

Mary Jane joined Starmount in October 1977 and George Carpenter and Ben West recruited her to help with the church library the following year.  In addition to serving as librarian, she has served as a deacon and an elder.  She has been on the Christian Education/Faith Formation Committee for over 35 years and taught many Bible study and Sunday school classes. In connection with the North Carolina chapter of the Church and Synagogue Library Association (CSLA), Mary Jane has occasionally has consulted with churches who are interested in setting up a parish library or to revitalize an existing library.  CSLA recognized her as the 1999 Outstanding Congregational Librarian.

On the home front, Mary Jane served as a foster parent to 13 foster children over 14 years.  With her 13th foster child, she felt God’s call to adopt Melissa when she was 7½.  Melissa and Mary Jane enjoy the company of an active and endearing beagle named Earl. ROBERT OVERMAN
Director of Worship Arts
Robert is a member of the American Choral Directors’ Association and the National Association of Teachers of Singing. He remains active as a performer and teacher. He is recently retired from the voice faculty of the University of North Carolina School of the Arts and is a national winner of both the National Opera Association Auditions in Washington, DC, and the Metropolitan Opera Auditions in New York City. Robert has enjoyed a 25-year professional singing career, with 15 of those years spent living and singing leading roles in opera theaters and concert halls in Germany, Austria, Switzerland, France and throughout Europe, as well as in the US. He has most recently been heard in the title role of Piedmont Opera’s “Rigoletto” and with the Greensboro and Winston-Salem Symphonies and the Choral Society of Greensboro as soloist. He has also sung as a guest soloist in churches and cathedrals throughout Europe as well as Duke Chapel and the National Cathedral in Washington, DC. Robert has served churches in Winston-Salem, NC, Climax, NC and Greensboro, NC as music director before his call to Starmount. Robert and his wife Rhonda are alumni of the Starmount Presbyterian Church Choir, having served as soloists/section leaders prior to their time in Europe. Rhonda has served Starmount as an elder, a soprano in the Chancel Choir and director of the Children’s Choir as well as playing handbells. Bob and Rhonda are the proud parents of two daughters, Jennifer 19 and Mary 17, as well as a collie, a pekingese, a beagle, and a lovebird, who prefer not to have their ages disclosed! MICHAEL PARKER
Organist
Michael received his Bachelor of Music degree from the Oberlin Conservatory of Music and his Master of Music degree from Indiana University. He has performed throughout the U.S. as a collaborative pianist with many instrumentalists and singers, having appeared in recital with such artists as violinist James Buswell and Metropolitan Opera leading tenors Marcus Haddock and Johan Botha. Michael also holds a faculty position at Guilford College, where he teaches piano. He has previously held positions at Greensboro College and the Cleveland Institute of Music. In addition to his activities as a pianist and teacher, Michael has previously served as artistic director of the Alamance Chorale, and as organist/choirmaster of a number of churches. Currently, he is the organist for Starmount Presbyterian Church, where he accompanies the choir, plays for services and for special music provided by frequent guest instrumental and singing soloists. APRIL HAMILTON
Soprano Section Leader/Children’s Choir Director
April has been a member of the church since July 2007 and served as section leader ever since.  She has served as an elder, chaired the Evangelism & Membership Committee and currently sits on the Worship & Music Committee. Past committees include Communications and Nominating. April also plays handbells with the Starmount Ringers. From October 2012 through June 2014, April served as Director of Communications for Starmount while obtaining her MBA from UNCG with a concentration in marketing. April also has a Master of Music degree from East Carolina University and a BA in vocal performance from Greensboro College. She now works as Account Manager at Common Giant, a marketing and design agency in Winston-Salem. She has been a member of the Bel Canto Company and has taught private voice lessons. She is a member of Beta Gamma Sigma (international business honor society), Pi Kappa Lambda (national music honor society), and the National Association of Teachers of Singing. She has three adorable Pekingese pups – Cooper, Sadie and Saige – and a Quaker Parrot named Jakey-Jake. EVYNNE FRANKLIN
Alto Section Leader
Evynne has been a Starmount section leader since 2016. She is a student at the UNC School of the Arts pursuing a degree in vocal performance. Evynne is a native of Hillsborough, North Carolina and the daughter of a church pianist. She attended church every Sunday with her mother and was asked to sing in the chancel choir at age 13. Soon after joining, she discovered her passion for singing and sharing her music with others. Prior to college, she was a member of the Cedar Ridge Chamber Ensemble, competing and performing at events throughout the Southeast. While she is training to be a classical performer, she never turns down an opportunity to sing an old gospel standard! STEPHEN HALE
Tenor Section Leader
Serving as tenor section leader at Starmount since 2012, Stephen brings a varied musical background to our choir. He attended UNC Greensboro and studied in New York City.  He received a certificate in musical theatre from the American Musical and Dramatic Academy and performed Off-Off Broadway. Stephen has performed throughout the Southeast and numerous theme parks across the country. Around the Triad, he has directed and choreographed productions for theater companies in Greensboro, Burlington and Reidsville. When not in the choir loft, Stephen can be seen onstage throughout the area. Currently, Stephen is a Benefits Specialist with UNC Greensboro and is the Board President of Open Space Café Theatre. 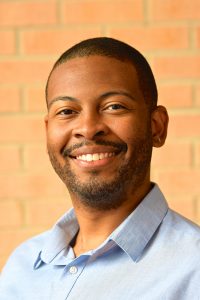 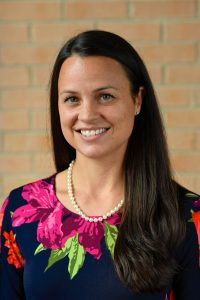 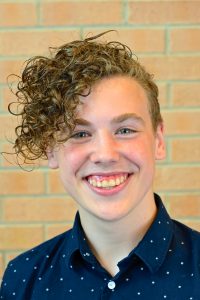 BRENDA TRIPLETT
Administrative Office Manager
Brenda is a native of Yadkinville, NC.  She graduated from Appalachian State University with a B.S. degree in Early Childhood Education.  She taught first grade for one year in Yadkin County prior to relocating to Greensboro in August 1976. Before joining the Starmount staff in September 1998 she worked with Kimberly Clark as District Customer Support Administrator for ten years until the district office closed. Brenda was married to her husband, Herman, for 30 years prior to losing him to cancer in 2009. She is an active member of City Church and a member of the choir. In her spare time, she enjoys spending time with her family and friends, long walks and hiking.

LIBBY WILSON
Director of Finance & Administration
Libby is well known to Starmount since she and her family joined the church in April of 1990. She grew up in Roxboro, NC and moved to Greensboro after graduating from the University of North Carolina in 1982 to begin her career as a Certified Public Accountant. While moving into her first apartment in Greensboro, she met her future husband, Richard; they have two daughters, Laura and Olivia, who grew up here at Starmount. Libby is an ordained elder and served Starmount in a variety of volunteer leadership roles prior to joining our paid staff in 2008. When she can get away from work, Libby cherishes time with family and friends, enjoys tennis, hiking, long walks on the beach and Tar Heel sports.

BILLIE TONEY
Accounting Clerk
Billie was born in in Louisville, KY She attended Centre College, a small liberal arts college in the geographical center of the state and received a BS in applied mathematics. While a student at Centre she enjoyed an off campus semester at Oak Ridge National Lab where she met her future husband Bryan Toney, a Presbyterian from birth.  He was a co-op at the lab while pursuing a BS in mathematics from UT. Bryan and Billie are the proud parents of two sons.  Adam and his lovely wife, Jenna, live in Greenville, SC.  Joseph lives in Park City, Utah. In 2011, Bryan and Billie moved to Greensboro.  Bryan worked at UNCG while Billie continued her work in developmental math at Guilford Tech. Billie is an active member of the chancel choir and hand bell choirs at Starmount.  She is excited to be able to take on a larger role in Starmount’s ministry by helping Libby as an accounting clerk.

BECKY DEAKINS
Director of Communications
Becky grew up in Sanford, NC and attended the University of North Carolina at Chapel Hill where she earned a degree in Journalism, specializing in advertising.  She also met her husband Joey in Chapel Hill.  They lived in Atlanta, GA for 10 years where Becky worked for several advertising agencies, managing marketing campaigns for clients in the restaurant, healthcare, hospitality and tourism industries.  In 2005, Becky and Joey moved to Greensboro, just before the birth of their first child, Sam.  Both Sam (15) and his sister Ruby (11) spent their preschool days at Starmount, and Becky served on the preschool board.  Today, she serves on the executive committee at Lindley Elementary PTA and spends her free time juggling her children’s sports and dance practices, and cooking for and traveling with friends and family. Called To Worship, Empowered To Serve.